I am FINALLY posting some of the 2D vector art I made while working for TinyCo/JamCity on the game Family Guy: The Quest for Stuff.
The theme of this event was Greek Mythology! In this event space, the central fountain has several upgrades, and the player progresses by unlocking, then appeasing the giant deities located in the surrounding temples.
I begin with a quick and loose drawing of the concept which I then paint in Photoshop. After receiving feedback and making changes, I start to build a vector version of the event.

I had a lot of fun creating the concepts for the Greek Gods. Athena in particular has always been a favorite mythological figure of mine. I was delighted that we were able to include her owl. Please note that I made the concepts, but the final vectored version of the deities were completed by another artist. 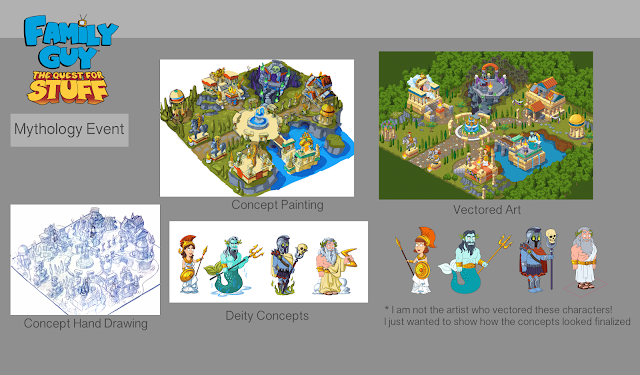 In the following image. I have shown how each asset is given a bounding box, named, color coded and exported separately. I then create 2 maps. One shows how each piece fits into the space and what its dimensions are on the grid. The second map shows where each tile (laying beneath the art) will be placed. 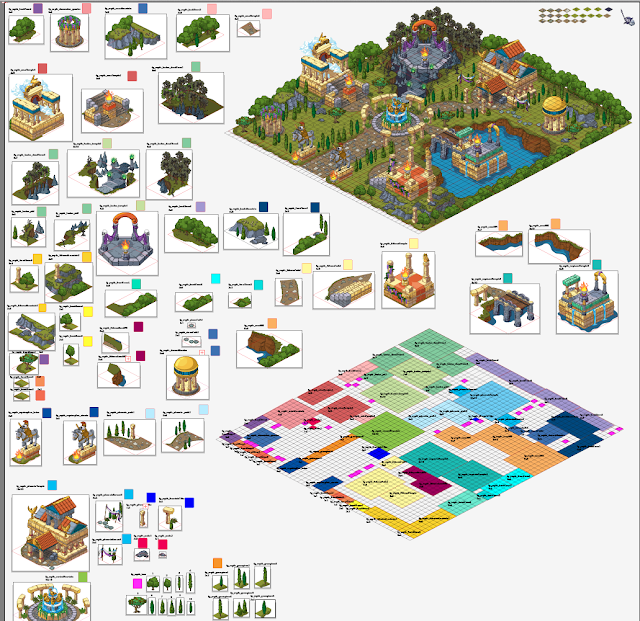 When complete, (and after fixing the inevitable visual bugs) each piece should fit together over the tiles seamlessly 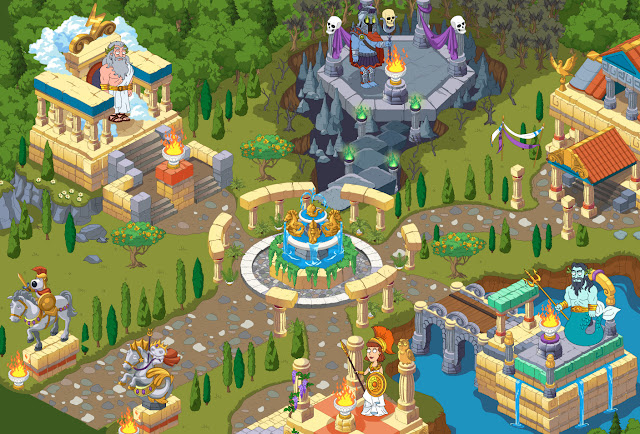 Celeste Schulte
Originally from the Midwest, and now working as a game artist in San Francisco. Please feel free to contact me about potential work at: cschulte4@live.com